LOS ANGELES - The iconic talk show host Larry King, one of the most recognizable figures on US television as he interviewed everyone who was anyone over a career spanning 60 years, died Saturday at the age of 87.

The company he co-founded, Ora Media, did not state a cause of death but media reports said King had been battling COVID-19 for weeks and had suffered several health problems in recent years.

King, with his trademark suspenders, black rim glasses and deep voice, was best known for a 25-year run as a talk show host on CNN's "Larry King Live."

"For 63 years and across the platforms of radio, television and digital media, Larry's many thousands of interviews, awards, and global acclaim stand as a testament to his unique and lasting talent as a broadcaster," Ora Media said in a statement posted on Twitter.

King's long list of interviewees ranged from every US president since 1974, world leaders Yasser Arafat and Vladimir Putin, and celebrities such as Frank Sinatra, Marlon Brando and Barbra Streisand.

In an emotional last "Larry King Live" show in 2010, tributes included one from President Barack Obama, who in a video message called King "one of the giants of broadcasting".

Tributes from the media, politicians and Hollywood stars poured in, led by Putin, who hailed the interviewer's "great professionalism and unquestioned journalistic authority," according to the Kremlin.

Veteran CNN foreign correspondent Christiane Amanpour remembered King as "a giant of broadcasting and a master of the TV celebrity/statesman-woman interview."

Star Trek icon and social media personality George Takei noted how King understood "human triumph and frailty equally well," while Kirstie Alley, of "Cheers" fame, described him as "one of the only talk show hosts who let you talk."

British TV hosts Piers Morgan and Craig Ferguson, both of whom have had shows in the US, paid tribute to King's interviewing skills.

"Larry King was a hero of mine until we fell out after I replaced him at CNN & he said my show was 'like watching your mother-in-law go over a cliff in your new Bentley.' (He married 8 times so a mother-in-law expert)," said Morgan.

"But he was a brilliant broadcaster & masterful TV interviewer."

Born Lawrence Harvey Zeiger on November 19, 1933, to poor Russian Jewish immigrants in working-class Brooklyn, New York, King says he never wanted to be anything but a radio broadcaster.

He became a disc-jockey for a Miami radio station in 1957, changing his name to King when the radio's manager told him it was "too ethnic".

For another Miami Beach radio station, he recorded programs in a restaurant, doing live audience interviews.

In 1978 he went to Washington where he anchored a national late-night radio call-in show, before being spotted by CNN, a channel founded in 1980, which hired him for its nighttime programs in 1985.

At the height of its success the show attracted more than a million viewers every night, making King the star of cable television, on the back of which he negotiated an annual salary of more than $7 million.

Structured in two parts, the show opened with King, typically in his signature rolled-up shirtsleeves and multi-coloured ties, interviewing his guests in his relaxed style.

The second part of the show had the guest answering questions phoned in by viewers from around the world.

"I don't have an agenda. I don't assume the answer," King told the Miami Herald in 2017 of his approach to the job. "I never learned anything when I was talking. Listening is as important," he said.

While critics found his easy-going interviewing style too soft, others saw it as the key to King's appeal, drawing so many star guests to his show and helping CNN establish itself with the scoops he won.

"I'm not interested in embarrassing (guests) nor am I interested in sucking up to them," he told AFP in 1995. "I'm just curious."

THE SHOW GOES ON

After CNN King continued to do interviews on his own website and then, in 2013, he hosted a new show, "Larry King Now," on Russia Today, a government-funded Russian international television network.

His private life has been colourful too: after 22 years of marriage he divorced his seventh wife Shawn Southwick in 2019, having filed eight times for a divorce -- he married one wife twice.

"Instead of goodbye, how about so long?" he said, voice breaking, as he signed off from his show that made him famous. 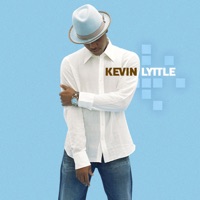