What would the weekend be without the 947 Top40 as Joburg’s soundtrack for Saturday! The 947 Top40 is the ultimate countdown of the 40 biggest hits. It features all the music you stream, request and love – delivered to you by Zweli, who always has his finger on the pulse of all things awesome. Listen to the 947 Top40 with Zweli every Saturday from 10:00 to 14:00 and enjoy the feeling of hearing the songs you just can’t get enough of making their way onto the chart and climbing their way to the coveted number 1 spot.

Pokémon’s 25th-anniversary celebration continues with today’s release of iconic recording artist Katy Perry’s new single and video, “Electric.” Katy, whose love for all things Pokémon dates back to childhood, when she played the original video games on her Game Boy, created the track especially for “Pokémon 25: The Album,” which will be released this year.

Rapper J. Cole became the first artist to be featured solo on the cover of iconic basketball publication SLAM. The cover is for SLAM 232, the June/July 2021 issue of the magazine. The issue’s cover story was released this morning and can be read at covers.slamonline.com/j-cole.

Zweli gets Up Close with GoodLuck about their new acoustic album

GoodLuck joined Zweli to chat about their acoustic album, 'Up Close' on the 947 Top 40. It’s been in the works for a long time – and after wrapping up in-studio recently – the full 8-track album officially released on Good Friday, 2 April 2021, as well as a behind-the-scenes doccie on YouTube.

[PODCAST] Shekhinah: Trouble In Paradise Interview with Zweli on the 947 Top 40

According to Vogue's new cover star, “it’s All About What Makes You Feel Good”: Billie Eilish On New Music, Power Dynamics, And Her Internet-Breaking Transformation.

Kwesta joined Zweli on the 947 Top 40 to talk about his brand new album, G.O.D. Guluva!

Apple Music celebrates the spirit of Umoja for Africa Month

With the eyes and ears of the world currently on Africa, Apple Music is celebrating Africa Month this May with a campaign themed around Umoja and a message of unity and togetherness. The campaign also shines a spotlight on the new generation of African artists who are changing the narrative in the music industry locally and abroad.

Huawei Joburg Day is always moving forward. We’ve gone from one large venue in the city, to wherever you want to be. From standing in line to watch your favourite artists perform, to not getting out at all. Mate40 Pro powers HUAWEI Joburg Day. Online and live on-air on 28 May 2021.

[LISTEN] Zweli catches up with the talented songstress, Mikhaela Faye

She's making big waves in the music scene and Zweli caught up with her on the 947 Top 40.

The GRAMMY Award-winning Darkroom/Interscope Records artist is back in action with her new single, “Your Power.” The stirring visual, directed by Eilish herself, opens with her camouflaged against a beige, mountainous landscape in Simi Valley, CA.

Johannesburg-based singer-songwriter, Lee Cole, has been steadily making his musical presence known one pristinely produced pop song at a time. Still riding the wave of success his previous two singles ‘I Don’t Wanna Wait’ and ‘Pink Dragons’ achieved, charting high on major radio stations, Lee has returned with his brand new single ‘Honey, Let Me In’.

The diamond-selling icon paired with Grammy winner Grande, continuing a tradition of epic collaborations together such as “Love Me Harder” and “off the table.”

Debuting music from his new album Justice, Justin Bieber performed a special live stream concert, “Live from Paris,” on his YouTube channel. Against the breathtaking backdrop of Paris, Bieber brought us 15 minutes, 5 performances, 4 live debuts, and a chapter by chapter glimpse into his world.

Critically acclaimed singer/songwriter, Olivia Rodrigo, released her highly-anticipated new original single, “deja vu” – available to stream or download. The track is from Olivia’s forthcoming debut album, which will be released on Friday, May 21, 2021.

The 947 Top 40 team caught up with one of the most incredible human beings - and someone with an unbelievable story. Here's what Tresor's latest music releases is all about and how life has been over the past year and a bit. 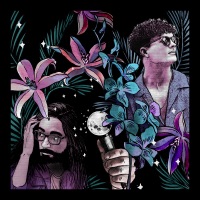 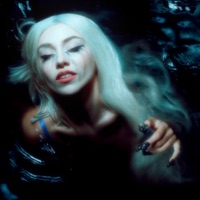 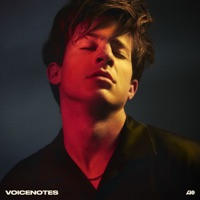 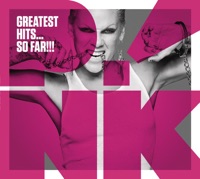